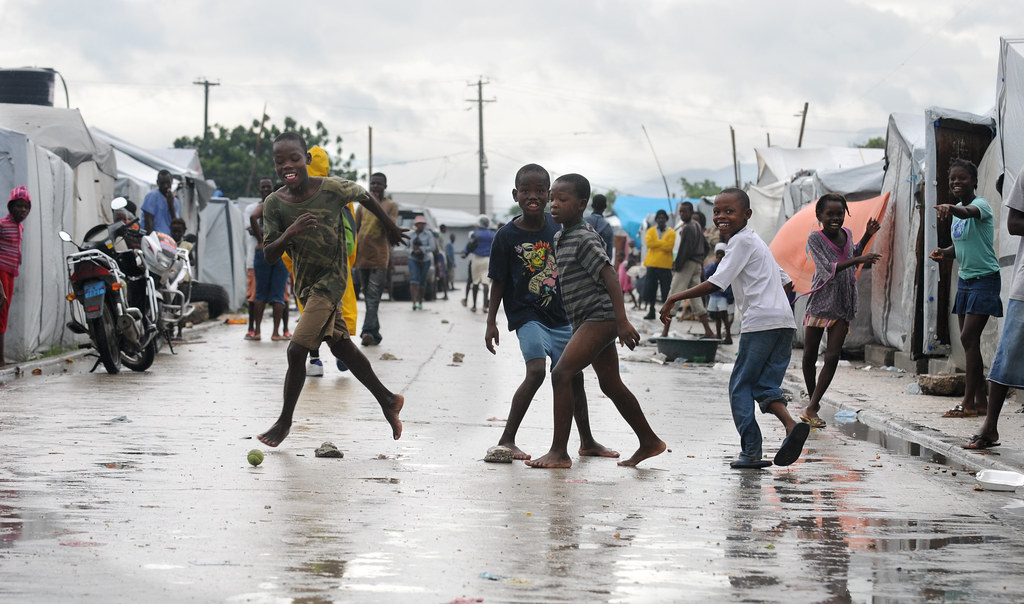 Children play in the streets of a camp for internally displaced people in Port-au-Prince, Haiti after Hurricane Tomas made landfall in November 2010.

As America saw with Hurricane Sandy, it takes just one bad storm to wreak havoc, kill and injure hundreds and inflict billions of dollars of damages. If one hurricane can do so much damage in the U.S., imagine the impact of similar storms on less developed countries.

Forecasters are predicting an active 2013 Atlantic hurricane season.  During this week, we will be highlighting USAID’s work—through its Office of U.S. Foreign Disaster Assistance—to prepare disaster-prone countries and communities in Latin America and the Caribbean for hurricanes.