“I am confident that the International Day of Human Space Flight will remind us of our common humanity and our need to work together to conquer shared challenges. I hope it will also inspire young people in particular to pursue their dreams and move the world towards new frontiers of knowledge and understanding.”

What does the Center for International Disaster Information have to do with the International Day of Human Space Flight? Do you know who Michael Collins is? The Apollo 11 mission, which put the first humans on the moon, had a 3-person crew. While Collins continued to orbit around the Moon in the spacecraft, Neil Armstrong and Buzz Aldrin left in the Lunar Module to make the first manned landing on its surface.

Michael Collins is an equal partner and unsung hero in the mission to land on the moon. Just as Ban Ki-moon reminds us of the importance of teamwork, we at CIDI understand that everyone who donates to disaster relief is a partner in helping survivors. To save lives, alleviate human suffering, and reduce the social and economic impact of disasters, the American public donates in support of organizations working directly with disaster-affected people. Those in the field use monetary donations to give survivors what they need, when they need it. It’s a beautiful partnership.

While sometimes it may feel as if you are in orbit like Michael Collins – only observing the action, when you donate money to your favorite relief organization you become an indispensable partner in saving lives. 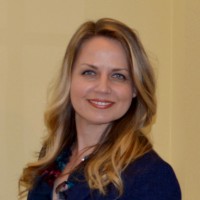